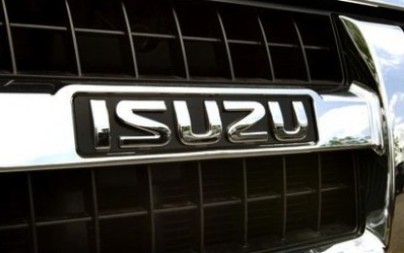 Honda market share in the US shrunk by 0.1% despite its vehicle sales jumping 6% from a year ago, as rivals have posted stronger growth helped by sales of light trucks.

“Pickups and SUVs are growing in the US market, helping the Detroit-based carmakers… Our light-truck supply was relatively low, but we are introducing a new model,” a Honda executive told Reuters, referring to the Acura MDX on sale in June.

Honda’s ‘truck’ sales [in the US this includes SUVs and has even roped in the likes of Chrysler‘s PT Cruiser – ed] rose 6% year on year in Jan-June. General Motors‘ truck sales climbed 13% during the same period, while Ford truck sales rose 14%.

Mazda, meanwhile, said its North American business was profitable after being in the red for 16 consecutive quarters following the global financial crisis.

“We are certainly back in profit after introducing the 2.5 litre CX-5 [SUV] this financial year as well as the [redesigned] 6, and because the strong yen is being corrected,” Tetsuya Fujimoto, an executive officer, told a news conference.

The CX-5 crossover and midsize 6 share common parts and have helped improve profitability, along with the yen’s depreciation. Having axed a US joint venture with Ford, Mazda now makes over 75% of its vehicles in Japan and exports over 80% of those.

Fuji Heavy, the Subaru maker, posted a record quarterly operating profit of JPY69.6bn, helped by the weakening yen and biggest market US where April-June sales grew 24% year on year.

Honda sales in Thailand rose 30% in April-June to around 59,000 vehicles even though some other carmakers have been struggling in recent months after a boost from first car buyers subsidies have waned. Honda had been recovering last year from the late 2011 Bangkok flood which badly damaged a car plant.

Honda expects some cancellations of existing orders but the executive told Reuters the company aims to retain demand by introducing new models.

“At times we see various big unexpected moves in emerging markets so we are cautious. But automobile and motorbike demand will certainly grow there so we will continue to build foundations for success,” he said.

In China, the third biggest market for Honda where Japanese carmakers have been struggling since September following a diplomatic row, Honda expects to boost sales with the redesigned Accord sedan and Fit [Jazz] subcompact set to go on sale soon. Honda aims to sell around 750,000 vehicles there in 2013, he said.

Mazda, whose sales recovery in China has lagged behind other Japanese carmakers, aims to sell 200,000 vehicles this financial year and boost sales with more SUVs, Fujimoto said.