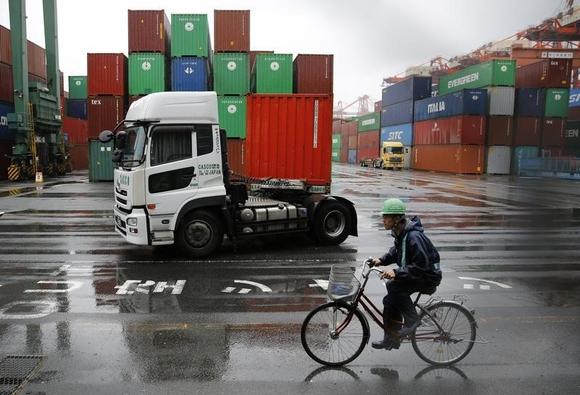 (Reuters) – Japan’s exports rose in July for the first time in three months in a tentative sign that overseas demand is starting to recover, which could raise hopes that exports can offset a slump in consumer spending.

The export data will be a relief for the Bank of Japan, which has predicated its economic growth and inflation forecasts on a rapid rise in exports as part of the government’s “Abenomics” plan to energize the Japanese economy.

“The BOJ can say with more confidence that it will keep its monetary policy on hold,” said Hiroshi Miyazaki, senior economist at Mitsubishi UFJ Morgan Stanley Securities.

“The government has already announced some steps to support corporate activity. Now it is simply a matter of reflecting these policies in next fiscal year’s budget.”

July’s 3.9 percent annual rise was roughly in line with a 3.8 percent increase expected by economists in a Reuters poll. It followed a revised 1.9 percent decline in the year to June.

Growth in exports was driven by increased shipments of cars to Europe, metal processing machinery and items such as liquid crystal displays, the data showed.